Congratulations to Reshma for her nomination at the Optician Awards for Optometrist of the Year 2013!! 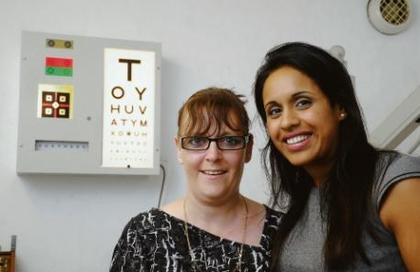 Extract from Echo News 16 July 2012
I owe optician my life for alert to lethal cysts
A MUM’S life was saved after a routine eye appointment revealed she had a “ticking timebomb” in her head.

Donna Lambert, 39, believes she would not be alive today if it was not for eye doctor Reshma Patel, who sent her to hospital where Donna was diagnosed with clusters of life-threatning brain cysts.

Medics told Donna, of Little Lullaway, Laindon, if the problem had not been picked up, she would have gone blind and, at worst, collapsed and died.

Remarkably, Reshma, who has worked at Templeman Opticians, in the Laindon Centre, for ten years, is gaining something of a reputation for saving lives.

Four years ago she spotted a brain tumour in 13-year-old Arnie Higgs, who is recovering.

Donna was able to meet with Reshma again yesterday to say thank you to her.

Donna, mum of ten-year-old Kieron, said: “I’m so grateful. Mrs Patel went above and beyond the call of duty. She could have written letters, but she was on the phone within a minute of checking my eyes.’’

“She was adamant I’d be seen.”

Donna’s dad, Stephen Lambert, 58, of Somercotes, Laindon, added: “We are indebted to Mrs Patel. If she hadn’t been so professional and so thorough, I could have lost my daughter and our grandson his wonderful mother.”

Donna was suffering with headaches and blurred vision, so went for an eye test on May 11.

Reshma knew something was wrong and immediately phoned Southend Hospital, where Donna had an emergency MRI scan revealing the cysts.

She then underwent a six-hour operation at Queen’s Hospital, Romford, to remove them and spent two months recovering from the surgery although still suffers short-term memory loss. Reshma, 32, who lives in Basildon, also works at the eye clinic at Orsett Hospital, said: “It’s very nice of Donna and her family to thank me. I have wonderful patients and I enjoy my job.” 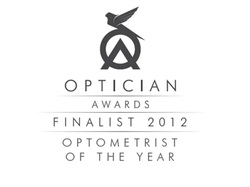